If you’ve tried to make a new advert in your AdWords account today – you may have had a surprise! Google’s new expanded text ads that were announced in May have now been set live in the majority of advertisers accounts.

The expanded text ads allow you to add two headlines, each with up to 30 characters in them as well as an 80 character description like this: 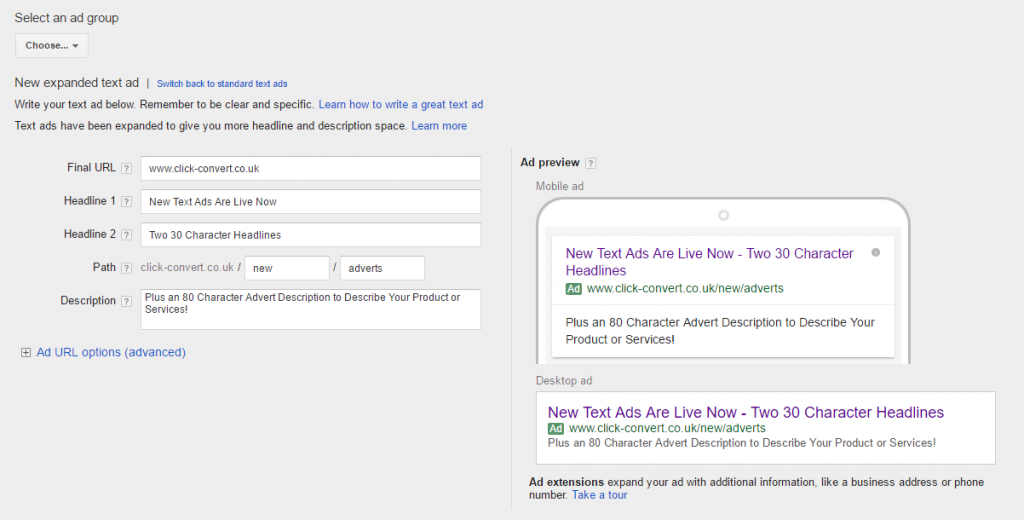 Early reports are suggesting some accounts have seen more than a 2x increase in click through rate but we recommend running split tests against your current ads to monitor performance.

One thing we’ve noticed is that despite google allowing 60 characters in headlines, some headlines of 60 characters or less are still being truncated on computers like this: 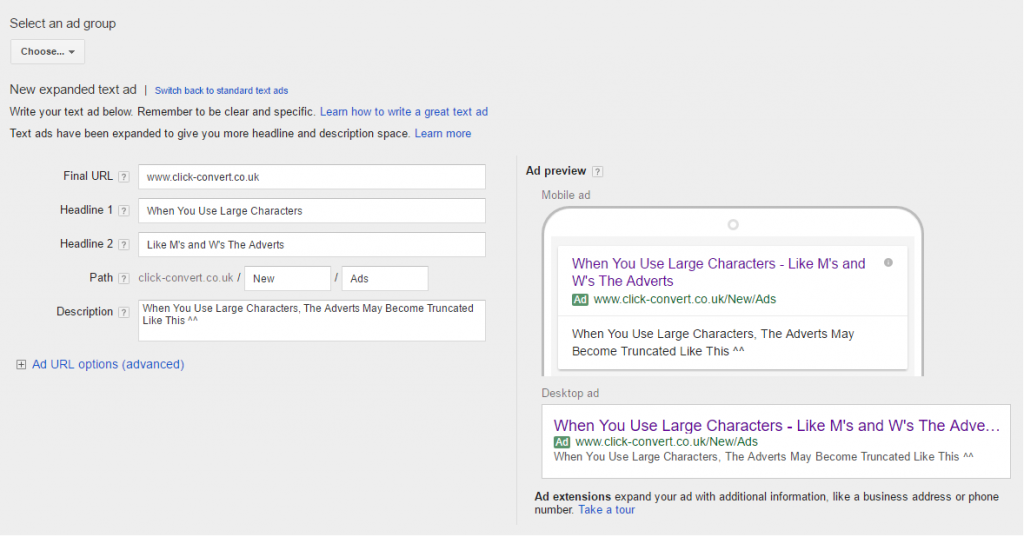 It seems that google have a pixel limit as well as a character limit so if you’re using wide characters such as ‘W’ or ‘M’ your ad may be too large even if it isn’t over 60 characters.

Our recommendation: Always check your ad in the preview tab before you set it live as truncated ads are likely to see lower click through rates.